"We learned that you had many substantive meetings and that there were major outcomes. I’m especially referring to the agreement on the establishment of a free visa regime that will essentially contribute to the intensification of bilateral ties,” Gojković said.
"Serbia and Armenia have a mutual understanding at a very high level and tremendous potential that we can use in the fields of economy and new technologies. On October 25, Serbia will sign an agreement with the Eurasian Economic Union. This is good news and creates new opportunities for cooperation,” Sarkissian said.
During the meeting, the parties touched upon inter-parliamentary ties, which play a major role in the interstate relations between the two countries. They underscored the need for enhancement of cooperation between the legislatures and, in this context, emphasized the importance of cooperation of the Serbian and Armenian delegations within inter-parliamentary assemblies as well.
The parties considered culture one of the major directions for cooperation and mentioned that famous musician Goran Bregović will be giving a concert in Yerevan soon.
President Sarkissian offered to consider declaring Armenia’s Gyumri (a city with rich cultural traditions) and the Serbian city of Novi Sad as sister cities. 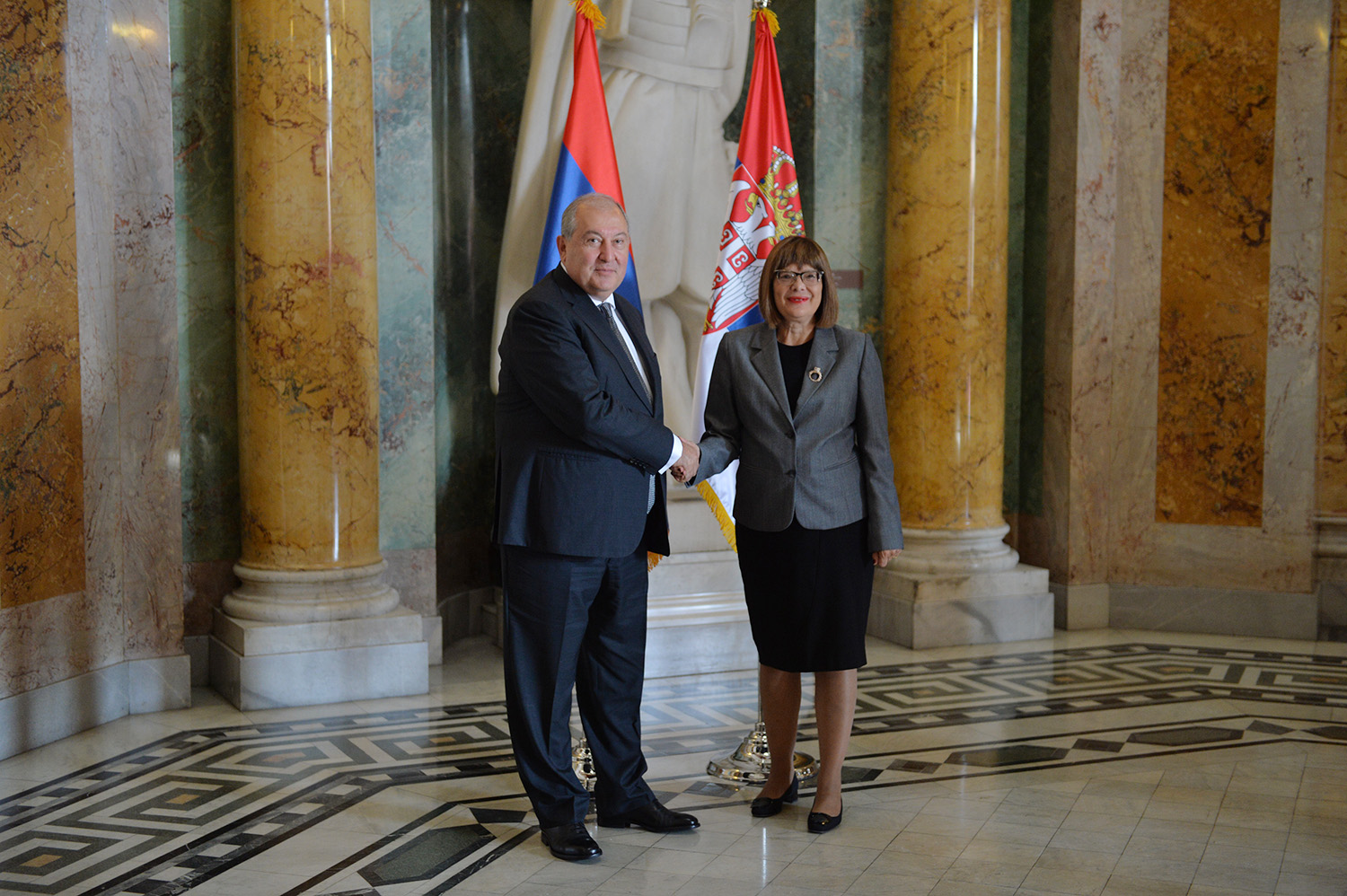