The Great War changed religion and society, but not enough 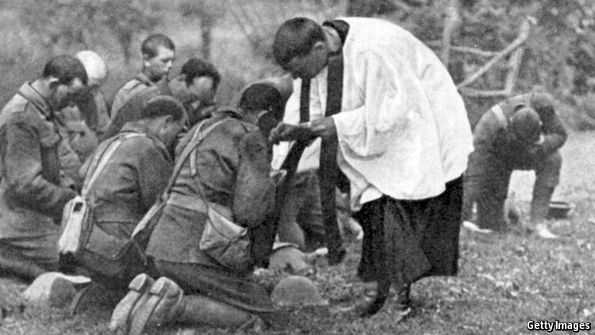 THERE have been solemn gatherings in the killing fields of France, acts of remembrance in London’s Parliament Square and Westminster Abbey, prayers at Manchester Cathedral. In all these commemorations of British losses at the Battle of the Somme, which began 100 years ago, one of the implied signals was a reassuring one: whatever chaos may rage in the world, great national institutions go on and on. They include the royal family, the armed forces and their proud regiments, the Anglican church and its archbishops. With the confidence of a nation that has no recent experience of occupation or revolution, Britain’s masters of ceremony know how to proclaim the message that in a turbulent world, the essential never changes.

In reality of course, almost every aspect of human society began changing from the moment the first shot was fired in 1914. Old hierarchies crumbled, colonial relationships began loosening, and the role of religion in historically Christian...Continue reading advertising in Armenia advertising in Armenia