The Genocide memorial in Yerevan

The end of the 19th and the beginning of the 20th centuries were fatal times for Armenians. Ottoman Empire at the Government level planned and carried out massacres of Armenians. It reached its culmination in 1915-1916, in a slaughter started on 24th of April, 1915, 1.5 million civilian Armenians were killed.… For more information about this see About The Genocide article.
This fact at that time condemned many progressive intellectuals: J. Lepsius and J. Markwart, the German historians, A. Toynbee, English historian, H. Morgenthau American diplomat, Ambassador of the US to Turkey, A. France, French writer, V. Bryusov, Russian writer and many others. At a Government level Armenian Genocide was condemned only after the World War II.
Only in 1950-is in the Soviet Union it was allowed to speak about Genocide. In 1965, on the occasion of commemoration of the 50th anniversary of Genocide, the monument to the victims of Armenian Genocide was founded on the hill of Tsitsernakaberd, designed by the architects Tarkhanyan and Kalashian.

The monument consists of two parts: one is a high pillar and the other is a circle of lower walls in the center of which there is an eternal fire. There are stairs between the slabs of the circle leading down to the fire. Every year, on 24th of April, many Armenians and foreigners visit the Tsitsernakaberd memorial and bring flowers. Sometimes the height of the flowers laid around the fire reaches to 1 meter.
The two parts of the monument have different interpretation with different people. Some claim, that 2 parts symbolize the Eastern and Western parts of Armenia; others believe those are the Ararat Mountains – Great and Little one. Next to the memorial there is also a museum on the Genocide of Armenians in Turkey.
The Tsitsernakaberd Memorial is one of the most visited sights of Yerevan now. 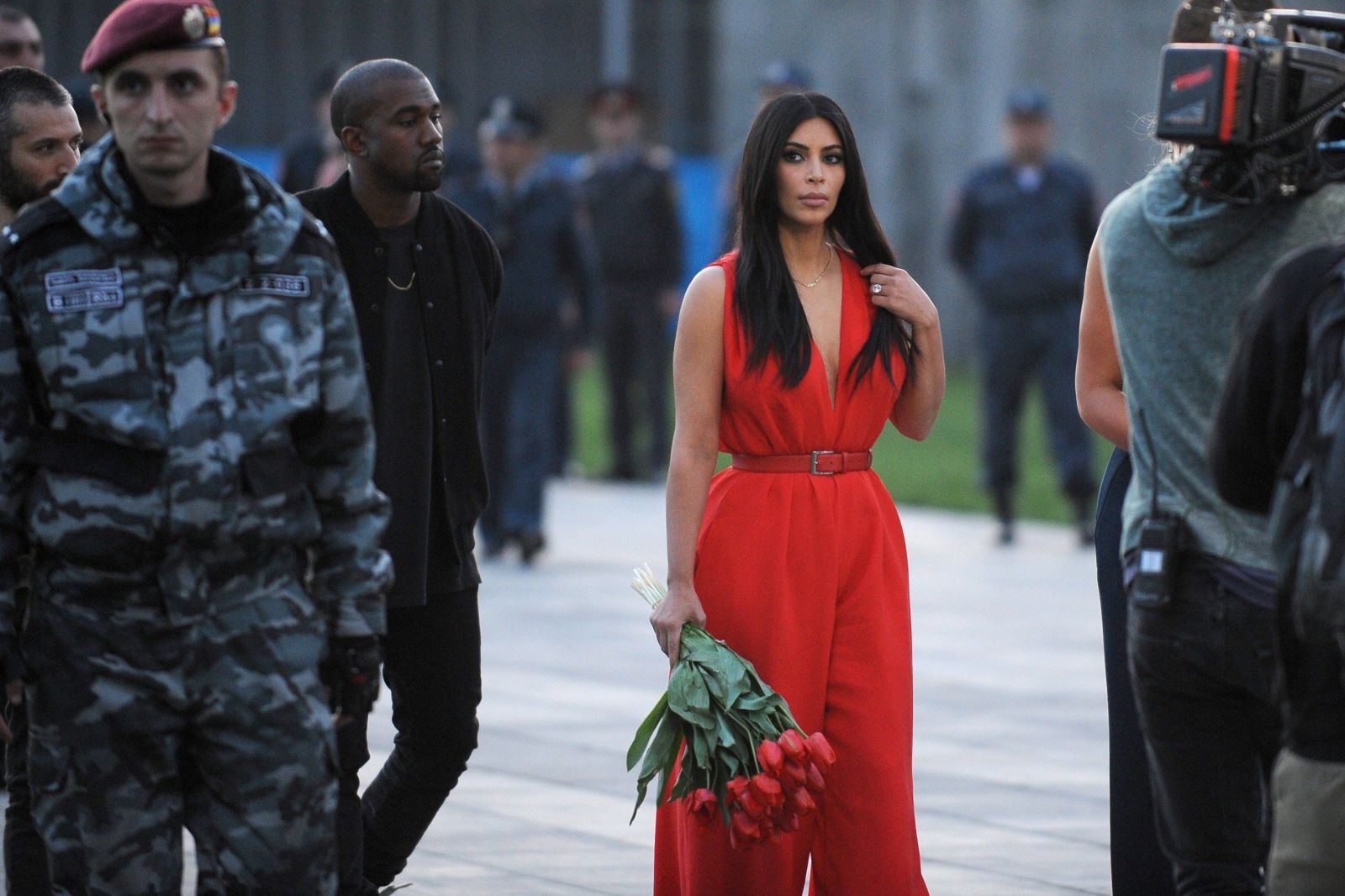