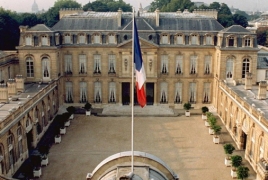 France welcomed on Saturday, October 17 the humanitarian truce in Nagorno-Karabakh jointly announced by Armenia and Azerbaijan, which the Élysée Palace says comes after French mediation conducted over the last few days and hours, in coordination with the Minsk Group co-chairs.

"This cease-fire must be unconditional and strictly respected by both parties," French president Emmanuel Macron said.

"France will remain committed [to the issue] so that hostilities cease for a lasting period and that credible discussions can quickly begin."

The truce is set to enter into force on September 18 midnight.