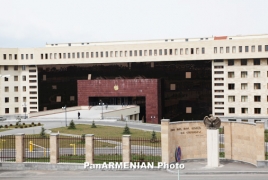 The Defense Ministry of Armenia on Tuesday, October 20 denied Azerbaijan's claims that the Armenian side has allegedly launched rocket strikes towards the regions of Goranboy and Tartar.