French Senator to table a bill for the recognition of Karabakh 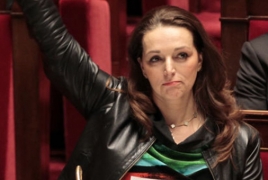 French Senator Valérie Boyer will submit a proposal to the parliament of France for the recognition of Nagorno-Karabakh (Artsakh), Boyer said in a tweet Monday, October 20.

"To oppose the advance of Azerbaijan in Nagorno-Karabakh means to oppose the expansion of Turkey's Islam across Europe," the lawmaker wrote.

"I will submit a text to the Senate this week to recognize Nagorno-Karabakh and condemn the actions of Turkey and Azerbaijan."