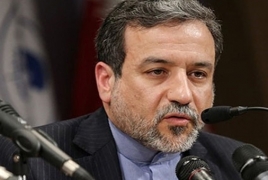 According to Foreign Ministry Spokesman Saeed Khatibzadeh, Araqchi will first visit Iranian border regions to see first-hand the latest developments on the ground.

During his Tuesday visit to border areas in the northwestern province of Ardabil, near the Republic of Azerbaijan, Araqchi warned the warring parties in the Nagorno-Karabakh conflict to prevent any harm to the security of Iranian territories.